There's a new dynamic at Trek Factory Racing DH as the team announce two new riders and a new Head Coach for the 2017 season.

Trek Factory Racing will add two exciting young riders to their 2017 World Cup squad. 16 year old Kade Edwards will graduate the Atherton Academy to join the team on the Junior World Cup circuit and 23 year old Graeme Mudd will ride in the Elites. 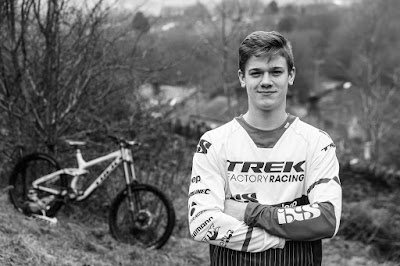 Team Director Dan Brown said: "Racing with Kade is always exciting as any one who's seen him ride will know! He first came to our attention during an Atherton Experience Day when he was just 13 years old. In his first year with the Academy (as a 2nd year juvenile) he swept the board with 5 out of 5 wins in the British Downhill Series. The next two years had their ups and downs, all of which have been a vital part of his progression as a rider. We're all excited to see Kade on the World Cup Circuit."

Kade said: "I was so surprised and totally stoked when Browny asked me to join the World Cup team. I can't say enough what a massive learning curve the last three years with the Atherton Academy have been. Now it's time to pay them back with some points for the team and I'll be going all out to make that happen. If I can win the British National Championships and at least one Junior World Cup this year I'll be over the moon."

Aussie rider Graeme Mudd bids farewell to life as a privateer and will base himself at Atherton HQ in North Wales for the 2017 season.

Gee Atherton said: "We're always alert to emerging potential and there were some flashes of brilliance in Muddy's 2016 season, it was obvious that he was our kind of hard-wired racer. At Hardline we got the chance to spend some time with him and the whole team became huge fans. We're really looking forward to seeing how the increased support impacts on his 2017 results." 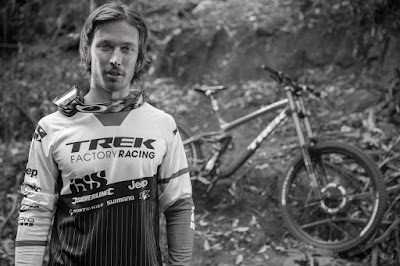 Muddy said: "2016 felt like a real turning point for me and I gained a lot of valuable experience but I know that with some more resources behind me I can be sitting at the pointy end of the results lists a lot more often. I am totally stoked to be riding with Trek Factory Racing DH, I'm beyond excited to join a team whose passion  and desire for success is everything I've ever dreamed of. I'm about as good a guy who has just landed his first gig in the World Cup team could be!"

But it's not just the rider roster that's' been transformed this season.

Announcing Nick Grantham's appointment as the team's new Head Coach, Dan Brown said: "We interviewed a number of very high-level candidates but Nick's down to earth approach and his 20 years experience of working across 35 different sports coupled with his successes as a Nike Trainer really grabbed our attention. His coaching CV stretches from Olympic Gymnasts to professional golfers and his current work as Head of Strength and Conditioning with a Premiership Football Club. We've deliberately gone outside of the expected industry pool and already we're enjoying the benefits of applying a completely new philosophy and methods."

Nick Grantham said: "I share the ambitions for the team so like them I'm excited for 2017 but I'm under no illusion that we have work to do. We've already identified several areas where we believe we can chase improvements. We'll build on the excellent work put in place by outgoing Strength and Conditioning Coach Alan Milway and Darren Roberts before him but we can't sit back and do the same old, same old. I've been impressed at the rider's openness to new ideas and the enthusiasm they've brought to training and testing and I believe they have the ability to kick on again to a new level of performance."

The Atherton family will remain at the heart of Trek Factory Racing DH. 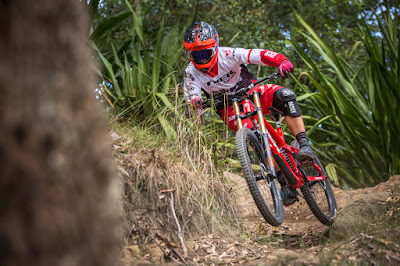 Dan Atherton remains the "guiding light" of Atherton Racing, mentoring the team, the academy riders and sharing his vision and world-class bike handling skills with both siblings and new recruits. He will continue building epic tracks for the team's film projects and events such as Red Bull Hardline.

Behind the scenes Team Director Dan Brown takes the rein for the 11th consecutive year with Joe Krejbich continuing as Head Technician for his 4th season with the team. Pete Michaliszyn wrenches for Gee for his 7th year. Gill Harris heads up communications and stuff for the sixth year running.

Doug Jones and Laura Robson of Altius Healthcare will take charge of physio and rehab for the fourth year running.

Rachel Atherton said: "We're so lucky to have the consistency of this great team behind us, year after year we're free to concentrate on riding our bikes."

Team BMR can today confirm that the team has parted company with Colin Turkington after mutually agreeing to end the contract.
Colin has had two successful seasons with Team BMR in the Dunlop MSA British Touring Car Championship and in 2015, his maiden year with the team, he played a huge part in putting BMR on the map with his massive contribution in assisting us in claiming our first ever Team Championship title along with his fifth independent Championship crown. 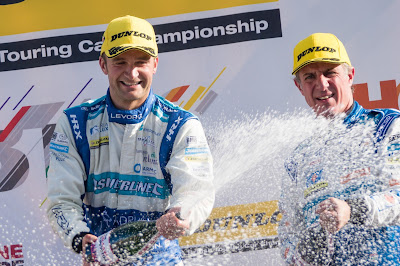 2016 saw BMR bringing Subaru to the championship as a new manufacturer outfit and Colin's commitment along with his input to the team was a huge asset in aiding us to develop our newly built Subaru Levorg. Colin has made history by bringing the first Subaru BTCC Pole Position backed up by a maiden win for the Subaru Levorg. His success continued throughout the season claiming further pole positions, race wins and podiums establishing himself in the final three for the overall Championship title at Brands Hatch back in October. He ended the season 4th overall in a battle that nearly saw the Ulsterman claiming his third BTCC title.

"Colin has been an absolute pleasure to work with over the past two seasons and has brought a tremendous amount of knowledge to the team which has aided BMR in it's growth and development as a front running BTCC team.

Speaking of his time at BMR, Colin Turkington stated:

"I have thoroughly enjoyed my time at Team BMR and will savour the success we shares together over the past two seasons; however, the time has come to part company and apply the focus to each of our own individual goals and needs.

I sincerely value the journey we have shared together securing the team's Championship in 2015, winning my fifth Indy title and of course the thrilling year we have just had with the Subaru Levorg. I have been fortunate to work with some of the best in the business at BMR and it has been a valuable experience and certainly helped me grow and improve.

The BTCC is surely one of the toughest Championships in the world to win and to finish last season with a realistic shot at winning the title in a new car was a tremendous achievement.

I wish Team BMR every success going forward and I hope they are just as proud of our two seasons together as I am.”

All of us at BMR Racing would like to thank Colin for his tremendous input to the team and we wish him continued success in his future career.

Team BMR will announce their confirmed 2017 plans in the coming weeks and we look forward to seeing everyone at Autosport International over the next few days.
Posted by Silverline Tools at 15:37 No comments: