In the glorious sunshine of early September, nine of the world’s greatest bike-handlers travelled to the stunning Dyfi valley in Mid-Wales to ride and race on one of the most difficult mountain bike tracks ever created, Red Bull Hardline. 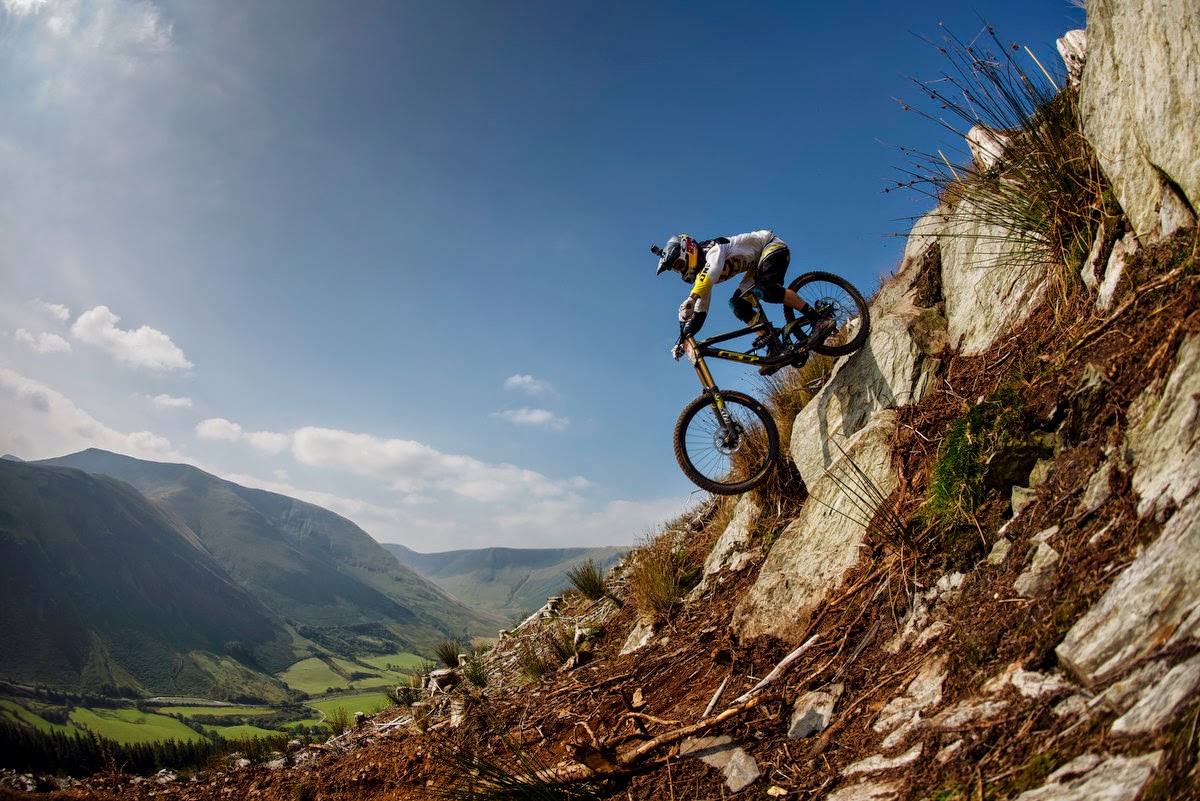 The track, designed and built by Dan Atherton, was created to smash the limits of Downhill Mountain Bike riding and push the sport to the next level.

The 570m descent incorporated more features per metre than ever before. The track was so intense that nine of the most accomplished riders in the world spent two days riding together learning to tackle each section before anybody put together a full run. Dan and Gee have long dreamt of creating a race with absolutely no restrictions or red-tape. Gee said “A lot of us feel that we can ride most World Cups these days with one eye shut; you don’t even feel anxious for the first run, we’ll just ride down blind, first go. Riding the Red Bull Hardline course made all of us nervous again, it was definitely not a track that you could just jump on and blaze down. It was a combination of how hard the sections were and how many sections were crammed in there back to back that made it so gnarly. This track is amazing, it definitely brought out the best in all the riders and pushed us more than we're used to. It’s great to be able to showcase exactly what we could do.”

After a day and a half practice (which saw Mike Jones having to withdraw after injuring his hand) qualification was structured so that riders could put in a several runs and take their best time. Dan said “We wanted it to feel as relaxed as possible – the only pressure on the riders came from within.”
In Qualifying Run 1 only Danny Hart was close to race speed; he pulled off a 4-minute run while Brendan, Gee and Dan were at 7 minutes plus and the rest of the field didn’t finish a full run. By Run 2, Gee posted 3.45 with Dan 3 seconds behind him and Danny a close third. 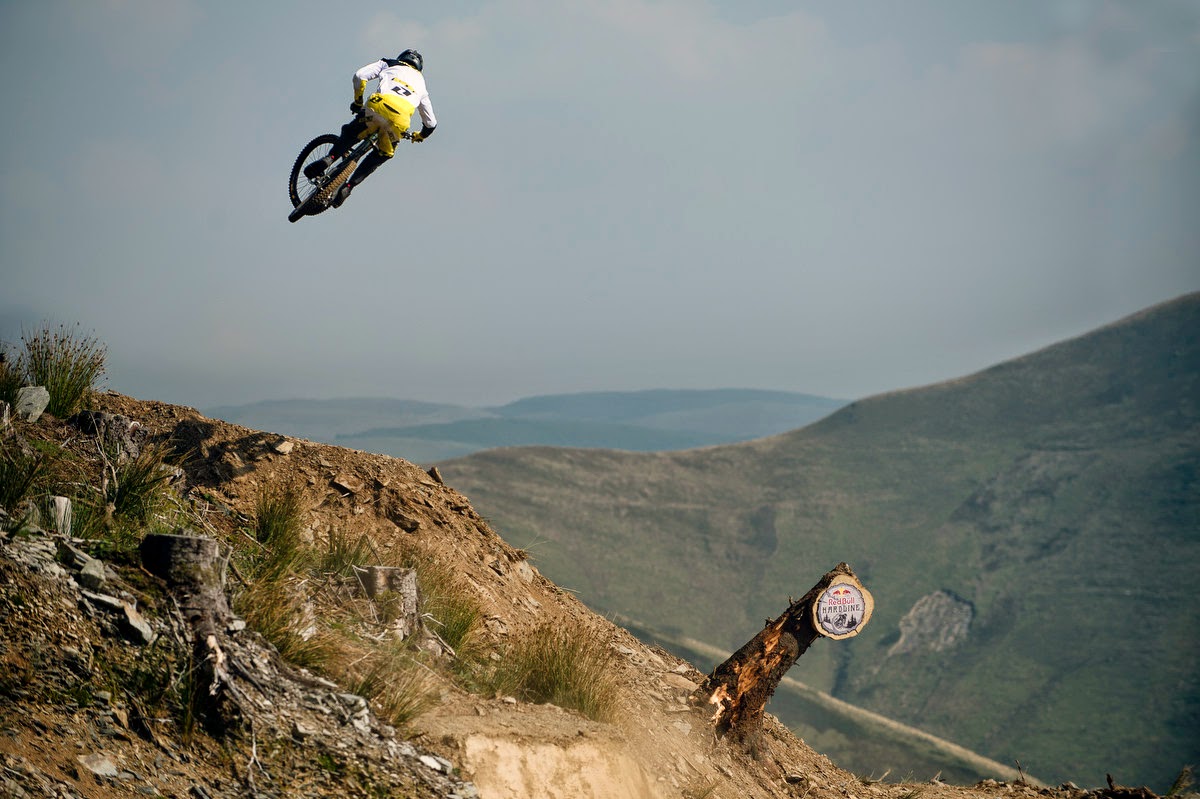 Qualifying Run 3 saw the fastest time of the day from Gee at 3:40 with Danny at 3.45, and Brendan and Dan on 3.48. Danny, Loic, Joe, Brendan and Gareth Brewin went for one more run, but nobody could touch Gee’s 3.40.
Sam Dale had a tough couple of days with plenty of offs in practice.  In his qualifying run, he took “one of the gnarliest crashes of the year” and had to watch the Finals from the sidelines.
When it came to Finals, the atmosphere changed up a gear. Gee had qualified first so he was last on the hill for the big race. Danny was in 2nd, Loic was in 3rd, Brendan was in 4th and Dan in 5th.

Dan put in a tremendous run of 3:41.491 to take the hot seat and neither Loic or Brendan could match him but second-placed qualifier Danny Hart went ahead of Dan by 2.4 seconds. Gee Atherton was last man left on the hill and expectations were sky high for an awesome Finals run.  Gee came out fast; he showed incredible speed to go up on Danny Hart by two whole seconds at the first split but he punctured in the middle section and failed to finish the race. 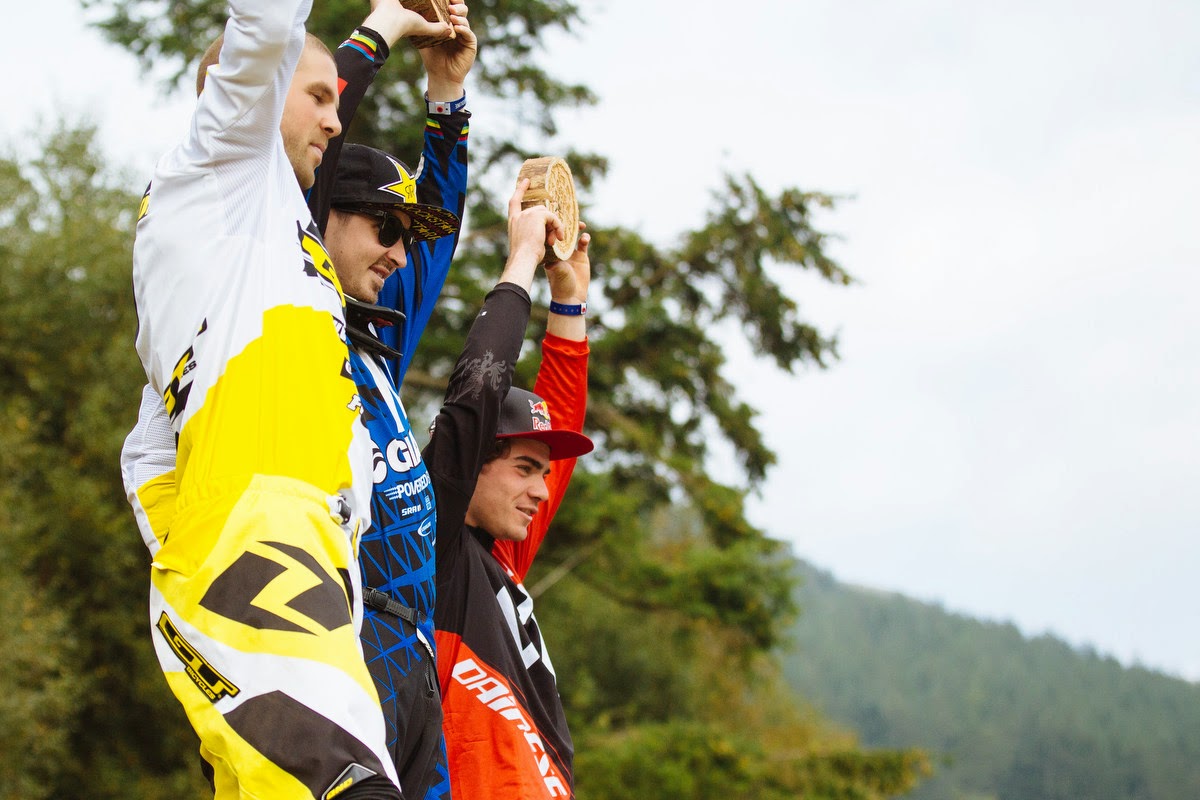 Speaking after his victory, Danny Hart said: “I was really happy to be a part of this awesome event. Only a few selected riders were invited and I was ecstatic to be one of those! The course was incredible, scary and difficult; usually tracks of this kind have average sections linking up the jumps, but Dan did an amazing job of making the sections link together seamlessly and scaring the living daylights out of us!”

Dan Atherton said: “This is something that me and Gee have dreamt about for years as the tracks we built became progressively tougher. It was only brought to reality through the vision and support of Red Bull and the work ethic of main builder Olly Davey who was up on that mountain at all hours and in all weathers. To see it all come together on the day was an incredible feeling and it felt like a big step forward for mountain biking. I can't wait for next year as we push on with our quest for the ultimate ride!"

Posted by Silverline Tools at 16:49