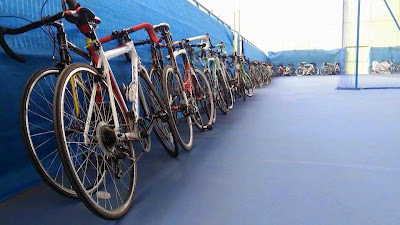 Silverline was proud to support the event by providing two of brand-new lorries, which transported 100-plus bicycles from the UK to France for the start of the ride on Thursday 30th April. The Silverline Events Team accompanied the riders to Paris to provide support and ensure the riders and their bikes were in top condition and ready for the road by using track pumps, puncture repair kits and other tools from the Silverline bike tool range.

Organised by local charity YTFC Get Pedalling, #PedalFromParis is the third charity bike challenge. The 2014 ride from Middlesbrough to Yeovil raised over £50,000 for charity, and the number of cyclists taking part in the challenge has risen from just 16 to more than 100 in three years.

The first day saw the cyclists ride 62 miles from Yeovil’s twin town Herblay, near Paris, to Evreux in Normandy in torrential wind and rain. Despite the weather, everyone remained in high spirits and focused on the goal of completing the ride and raising money for charity. 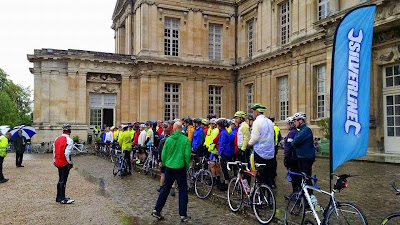 Fortunately, the second day was a little brighter and after many visits to the Silverline repair station, the riders were ready to cover more than 85 miles from Evreux to Caen to catch the ferry. The Silverline support team returned to Yeovil ready to welcome the group back to Huish Park, home of Yeovil Town Football Club, on Sunday 3rd May.

Congratulations to everyone who took part in the impressive 386km ride and raised huge amounts for the three dedicated charities (amount TBC). Silverline is extremely proud to support the #PedalfromParis event and its dedicated cyclists.

For more information visit: http://www.ytfccycle.com/
Posted by Silverline Tools at 15:35