Silverline headed to France recently, to meet up with heritage organisation Rempart and to take a look at some of their amazing restoration work.

Silverline has worked with Rempart since 2013 providing tool support. The tools we donate are used by volunteers when working on the restoration of historic buildings and sites around France. 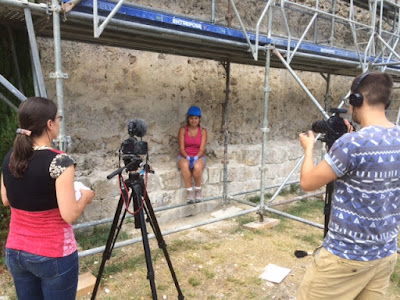 On the first day we visited two sites in South West France. The first was Chateau de Roquetaillade, a 14th century castle located in the Mazeres area near Bordeaux. The property has belonged to the same family for over 700 years! We met owner Sébastien and the small Rempart group who had been working on the castle for two weeks, using traditional mason techniques to restore part of the original dungeon, part of which required working high up on scaffolding. We ventured up to take a look and it was well worth the risk - the view from the top of the tower was amazing!

Next we headed to Chateau de Cazeneuve, which was just a short drive away. This 14th century chateau is located next to the river Ciron, and was home to Queen Margret of France (amongst others). As we waited for the restoration team to return from lunch we were taken on a short tour to 'The Queens Cave' - an isolated scenic area along the river bank where it is rumoured the Queen held 'licentious' parties. There was no partying for us however, as we made our way back to the work site to meet the team, which comprised an upbeat mix of ages and nationalities. We spent the rest of the afternoon meeting and interviewing the volunteers as they worked to restore and original part of the perimeter wall. 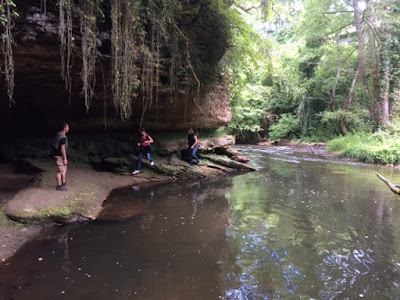 Our final day started at Chateau de Villandraut, just a few minutes' walk from the hotel. The village of Villandraut is the birthplace of Bertrand de Goth, who became Pope Clement V in 1305. This castle was one of his many residencies and was built to signify wealth and power. The volunteers here were restoring one of the main arches supporting the castle gallery. Groups of volunteers have also excavated the moat and have found some interesting artefacts, including coins and cannon balls.

Our final site visit was possibly the most scenic. Chateau de Budos is surrounded by rolling hills and vineyards. This ruined castle belonged to Raymond Guilhem de Budos, nephew of Pope Clement V, and was built with similar architectural layout of the neighbouring castle in Villandraut. The team here included volunteers from France, Ghana  and Wales. The restoration of the main tower was the focus point of the work and the teams were camped outdoors within the grounds of the castle.

After two days, four amazing sites and many rounds of coffee and croissants, it was back to the office for some editing and good cup of English tea.

Check out the video here - https://www.youtube.com/watch?v=MFTwZebKvoo

Posted by Silverline Tools at 13:56