It has been announced that Team BMR’s Ash Sutton will join the BRDC Superstars roster in 2017 as the young drivers’ programme enters its 10th anniversary year.

The British Racing Drivers Club founded the scheme under the watchful eye of none other than President Damon Hill OBE along with the programme director and ITV commentator Tim Harvey.  Alexander Simms will also remain on board as a BRDC Ambassador alongside his factory BMW drive. 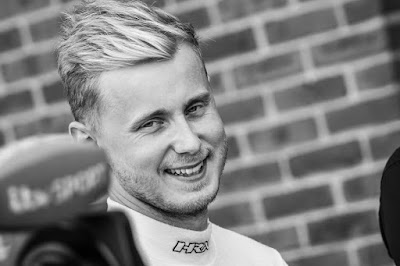 The programme itself has a lot to offer Ash and the eleven other hand-picked drivers to assist him in his development as a professional racing driver.  The programme will include workshops and training events that will cover physical and mental fitness, communication workshops, along with media and marketing training.

Speaking of his step up to becoming a BRDC Superstar, the 23 year old commented: “Getting picked was a big thing for me. I was selected to become a Rising Star in 2014 so the goal was to step up to being a SuperStar. We put some work in to tick the boxes so I could move up and it’s great to be a part of the programme. The networking and connections available now are fantastic and there are certain people that could be a big support in my future career.”

Ash will carry the BRDC Superstars logo on his Subaru Levorg for the 2017 Dunlop MSA British Touring Car Championship which gets underway at Brands Hatch Indy Circuit on April 1st & 2nd.