Podiums for Mille, Kade and Rachel as tricky conditions take their toll
A physical, short and intense track provided a wild finals day at Losinj. Weeks of sunshine had turned it to dust and the rubber left behind after every run made the rocks increasingly slippery. As a result, the event ended with a mix of results for the riders. All happily showed off their pace, but nobody really found their flow across Losinj’s sharp rocks. 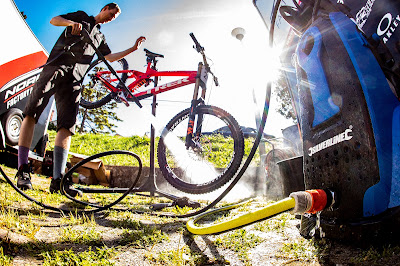 However, the team can celebrate a podium for Mille Johnset. In her first ever Junior race, our Atherton Academy star took third place, with Valentina Holl coming out on top.


Mille said: “I had a swollen ankle all weekend, then I crashed in practice, so I was even more nervous for finals. I couldn’t bend my knee properly, but I [thought]: ‘Here goes!’


“It was a bit of messy run; I almost crashed again after where I came off in practice. There was a really small drop where I nearly went OTB but I managed to recover ‒ it was pretty ragged from then on. I wasn’t happy with the run, but I’m really happy with third place!”


Team director Dan Brown added: “[I’m] Happy for Mille today. It’s great that there is so much competition in the Junior Women’s [Section] this year, she’s going to have some work to do!”


Meanwhile, in the Junior Men’s Section, Academy graduate Kade Edwards also earned himself a podium spot, fighting hard to take second place. There was some great racing between the top three. It looks like there is going to be an exciting season ahead for all of the juniors.


First qualifier Kade was left disappointed with his run, however. A mistake at the top cost him a lot of speed, but it’s worth remembering he’s been back on the big bike for just two weeks.


Kade said: “Stoked to be on good pace but gutted not to put the right run together today.”
Men’s Junior Finals Results 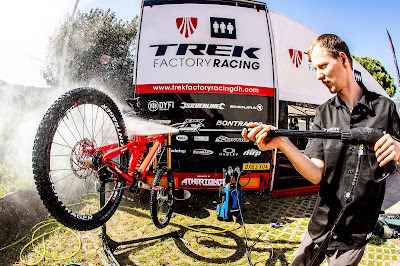 By the time the top five women came on track Cecile Ravanel was in charge: Five seconds clear of the field and poised to take her first ever World Cup podium. Tahnee Seagrave, who was disappointed with her qualifying run, put in a very aggressive performance to push Ravanel all the way, making up two seconds by the first split.


Seagrave lost a little pace through the drops but recovered in the final sprint to go fastest. This made her the first to beat Rachel’s qualifying time as she clocked 2.44.48 with four riders left on the course.

Marine Cabirou then slotted into second, while Myriam Nicole, who was down 0.5s at the first split, rode a very clean next section to take the lead by split two. Extending her advantage to 3.4s by split three, Nicole crossed the line to take the lead, finishing in 2.40.70 – seven seconds faster than Rachel’s winning qualifier. The pressure was on!


Tracey Hannah, who rode sore after a crash this week, didn’t quite get into contention before a big crash in the lower section put her out of the running.


Finally, Rachel was on course. Up by 0.6s at split one, she looked smooth through split two – but not as smooth as ‘Pom Pom’ across the sharp rocks. One-and-a-half seconds down, Rachel lost more time and was trailing by three seconds at split three. She was fastest again in the bottom pedal but it wasn’t enough to win, leaving her in second.

Finally, Charlie Hatton, who qualified in 34th, also struggled today. He explained: “[I’m] happy to get through this weekend without injury or a mechanical [issue] and [I’m] looking forward to Fort William to make amends.” He came home in eighth, 0.3s faster than his qualifying time, which was enough secure him 38th. 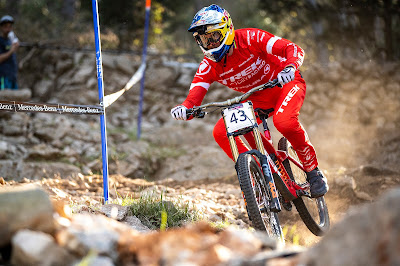 Gee, meanwhile, had qualified 22nd. As Rachel did he rode a quick top section, taking the lead by 0.1s at split one, but like Rachel he couldn’t sustain that lead through the top of the rocks. Down by about 1.5s at split two, he made up a little time through splits three and four, crossing the line into 3rd, in 2.25.27, which left him 19th at the end.


Gee said: “Well that was a wild one! Stoked to be through the weekend in one piece and with a solid place to build from.”
Men’s Elite Finals Results
1 Aaron Gwin (The YT Mob) 2.19.19

Posted by Silverline Tools at 12:06